Francesc Sánchez
—
Digital marketing expert
SectorLet's talk about
The eEspaña 2014 report conductes by the Orange Foundation analyzes, among other things, the situation of the  e-commerce in Spain compared to other countries of the European Union.

A priori, Spain is still below the European average in e-commerce. Thus 32% of Spaniards have made at least one purchase of a product or service through an online shop or a website in the last year. This percentage is, for example, far from countries like United Kingom ord Denmark doubling this percentage and leading the market in Europe.

In Spain, in demographics terms, young people between 25 and 34 years are those people who make more purchases online, exceeding 50% of the population of this age who have shopped online last year.

With regard to the Spanish companies that sell online, the percentage is also below the European average, however the sales of these companies is high.

Another relevant data is that the percentage of people with smartphones that is quite high in Spain with more than 50% of the population using these devices, which will be a boost in short e-commerce in Spain.
About the author
Francesc Sánchez — Digital marketing expert
From Barcelona, expert in digital marketing. Founder and CEO of La Teva Web and launcher of our magnificent blog. I am pleased to have laid the first stone of the foundations that support our values: happy customers and projects that leave their mark. 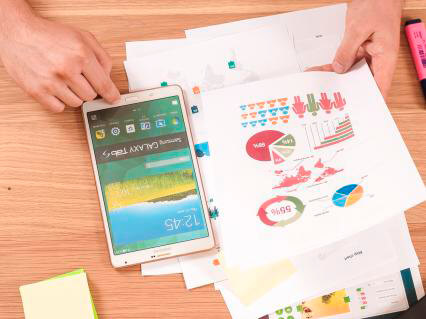