9 out of 10 users have bought on the Internet

Francesc Sánchez
—
Digital marketing expert
SectorLet's talk about
According to the latest study on consumer habits conducted by Nielsen and presented in February 2008, up to 88% of internet users in Spain have made at least one purchase on the web. In addition, 48% of users have purchased a product or service in the last month. Twenty percent say they have done it between one and three months before; 17%, from three to six months; And 15% only bought something more than half a year ago.

In Spain the most acquired articles continue to be related to tourism. Thus the products or services that lead the purchases are airline tickets, travel purchases, hotel reservations and event tickets with 29% percent followed by clothing and accessories with 25%. The electronica supposes 17% of the purchases. Finally, 15% buy books, 12% buy music, movies and video games,

The percentage of users who buy online in Spain is similar to that registered in other European countries like Italy with 89% but far from the United States with 94%.

Globally, 85% of Internet users have made a purchase, which means up to 875 million buyers worldwide, 40% more than in 2006.
About the author
Francesc Sánchez — Digital marketing expert
From Barcelona, expert in digital marketing. Founder and CEO of La Teva Web and launcher of our magnificent blog. I am pleased to have laid the first stone of the foundations that support our values: happy customers and projects that leave their mark. 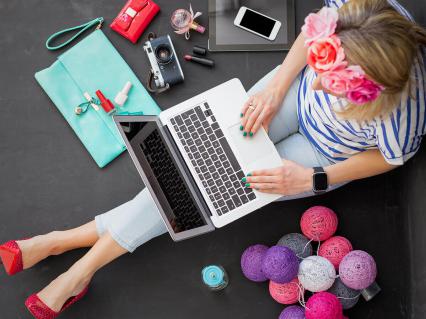