Francesc Sánchez
—
Digital marketing expert
SectorLet's talk about
The search engine Google has launched a month ago its new algorithm: Google Hummingbird. The name refers to the speed and accuracy of the bird.

Imagine being able to talk to Google and that it is smart enough to understand your question and give you answers in plain text or web page results. Well, that's what the new Google algorithm is about.

The new algorithm is based on the famous Knowledge Graph from Google and its nearly 600 million concepts and the ability to interrelate them. Google Search now works with longer and more complex phrases. For example, imagine you want to search "where I can hire a website?" Until now Google would seek those websites where that sentence was written, now it will go a step further and will understand that we are looking for a web design company. Google will then offer results for web design companies and as Google knows our location, it will give those closer to where we are.

et's complicate it, imagine that we even want to write our question using  slang or a more natural language and write "where I can make a website?" And get the same results. That is the goal of the new algorithm, talking with users and answer their questions with real answers.

It appears that Google has focused in this new algorithm, once detected the increased use by users of the verbal or voice searches via mobile devices.

Google will also make comparisons of concepts such as "margarine vs. butter" and Google will provide us with the nutritional information and comparison of both products.
In terms of SEO, Google says that there won’t be changes in the guidelines and the rules are the same as always.

If you want to see how the new algorithm you must do so through Google in the United Kingdom or the United States because it is not yet available for other languages.

Improve my ranking
About the author
Francesc Sánchez — Digital marketing expert
From Barcelona, expert in digital marketing. Founder and CEO of La Teva Web and launcher of our magnificent blog. I am pleased to have laid the first stone of the foundations that support our values: happy customers and projects that leave their mark. 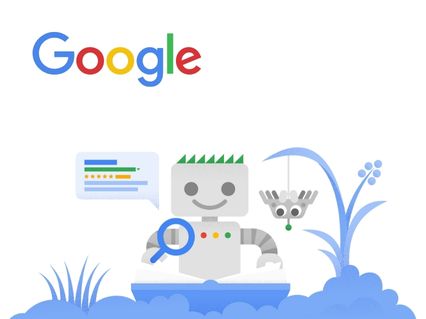 Nobody finds your website on Google? At La Teva Web we offer a comprehensive SEO service for you to lead your sector in the results pages of any search engine.
Improve my ranking