Bespoke programming. When will we enjoy HTML5?

SectorLet's talk about
Lately many clients ask us to schedule your website in HTML5. However, officials of the W3C HTML Working Group has published the draft recommendation of the HTML5 specification for the last quarter of 2014.

The date of 2014 is important, especially because it won’t be until then that major browsers will incorporate the full potential of HTML 5, so until then many language features simply will not work and is not recommended for use.

It is also expected that the version HTML5.1, its first review, is expected to become official recommendation in the last quarter of 2016.

HTML 5 already has official birthday. Although we expect will be a great step forward in web design. 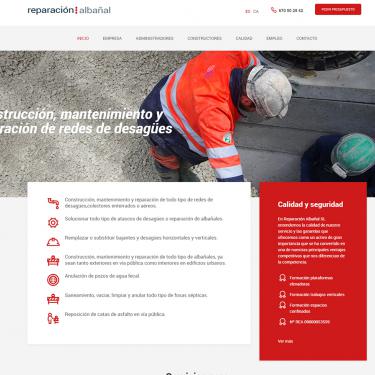 We have designed the sewer repair website. This website is a corporate presentation company in Barcelona. Sewer repair is a company specializing in the repair of underground drains and repair of sewers. Settled in Barcelona is aimed at developers and estate managers.